As atmospheric carbon dioxide concentrations continue to rise, many experts are looking for ways to capture this greenhouse gas and put it to good use.

Bingjun Xu, Centennial Development Professor of Chemical and Biomolecular Engineering at the University of Delaware, UD doctoral student Casper Brady and Mark E. Davis, the Warren and Katharine Schlinger Professor of Chemical Engineering at the California Institute of Technology, have developed a new method to simultaneously capture carbon dioxide directly from the air and thermochemically split water into hydrogen and oxygen molecules using thermal energy that could come from sunlight. The resulting hydrogen and carbon dioxide molecules can then be used to synthesize valuable chemicals and fuels. The team published their findings in the journal Proceedings of the National Academy of Sciences. The research was supported with funding from the University of Delaware Research Foundation.

Thermochemical water splitting is an important process that separates water, H2O, into hydrogen and oxygen molecules. Potential processes that have been explored in the past used many highly toxic and corrosive chemicals, such as sulfur dioxide, sulfur trioxide and hydroiodic acid.

When Xu was a postdoctoral researcher at Caltech from 2011 to 2013, studying in the Mark E. Davis Research Group, he developed a three-step thermochemical water splitting process that utilized manganese oxide instead of more corrosive chemicals. That system also operated at a lower temperature than typical processes, which were up to around 2000 degrees Fahrenheit.

When Xu joined UD, he shelved his thermochemical water splitting work and focused his research efforts on other projects in catalysis and renewable energy. However, his three-step thermochemical water splitting process intrigued doctoral student Casper Brady. Brady, who joined UD in 2015 after receiving a bachelor’s degree from New Mexico Institute of Mining and Technology, is particularly skilled at reactor engineering — building the systems where chemical reactions take place. Brady sensed that he could develop a reactor that was more productive and efficient than previous iterations.

“Casper is the driver behind this project,” said Xu. “He designed a reactor that is able to streamline the three steps in one reactor continuously.”

Brady was ready for the challenge. “The diverse reaction conditions and mixed phase reactions required in the water splitting cycle make the design of a lab scale reactor for this process difficult, it seemed like a fun challenge that we were uniquely capable of taking on!” he said.

When Xu shared the news of Brady’s success with Davis, his former advisor, Davis pointed out that the compound that enables the system, sodium manganese carbonate, has just the right alkalinity to capture carbon dioxide — which is acidic — from air. That realization was useful for two reasons. One, the scientists need carbon dioxide for their system to work, and they would typically have to order containers of the gas from a chemical supply company. Two, there is too much carbon dioxide in the air, contributing to climate change. By harnessing carbon dioxide from the air and using it in their system, the research team could help the planet and produce valuable chemicals and fuels at the same time.

Inspired by Davis’s input, Brady incorporated the carbon dioxide capture into the system. The air around us contains about 414 parts per million (ppm) of carbon dioxide, but after air containing 400 ppm passes through the new reactor, it comes out at less than 100 ppm of carbon dioxide.

“In the process design, what’s going in is water and air, with solar thermal as the energy source. What comes out is hydrogen, concentrated carbon dioxide, and oxygen,” Xu said.

To a chemical engineer, this is exciting because carbon dioxide and hydrogen are the components of a reaction called reverse water gas shift, which produces a mixture called synthetic gas, or syngas. This gas mixture can then be used to produce alcohols and fuels.

“We can take water and carbon dioxide in the air and produce all those chemicals as long as we have the solar thermal energy input,” he said.

The team has filed a patent on their work. They also conducted a techno-economic analysis that suggests that their invention could, under certain circumstances, be cost effective.

“This is one of the very few technologies that may be able to bring the direct air capture carbon dioxide costs to below $100 per ton of carbon dioxide,” said Xu. “Typically right now, it’s around $400 to $600 per ton.” 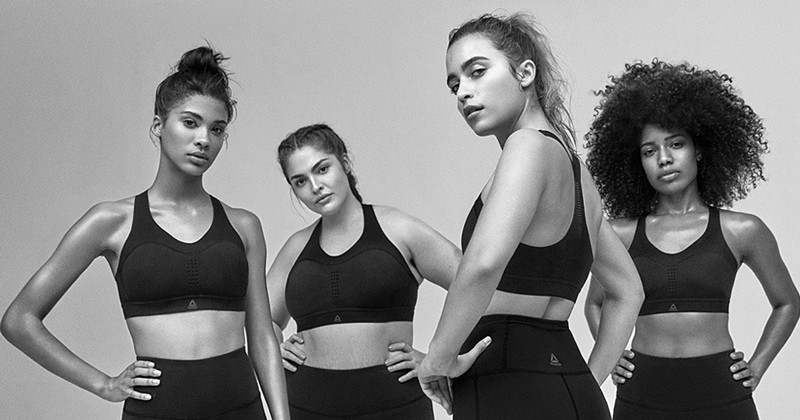 3
16
Delaware ChBE @UDChBE
3 weeks ago
Feng Jiao, the Robert Grasselli Development Professor of @UDChBE, is developing technologies to break down carbon dioxide into molecules that can then be used to synthesize valuable fuels and chemicals. ( https://t.co/VPbNKh5DJ5) https://t.co/LLaGVNbYge
View on Twitter 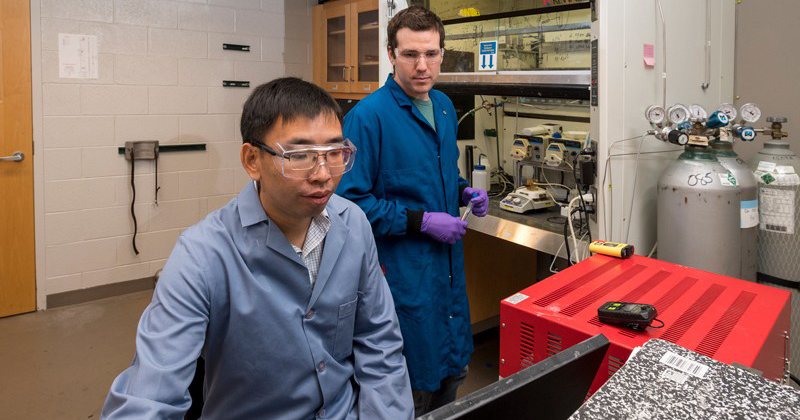 0
6
Delaware ChBE @UDChBE
3 weeks ago
Bingjun Xu & Casper Brady at @UDelaware, are researching ways to capture carbon dioxide directly from the air as part of process that could be used to synthesize valuable chemicals and fuels.( https://t.co/ETIfPDFcb3) https://t.co/pvbmsFPFjc
View on Twitter 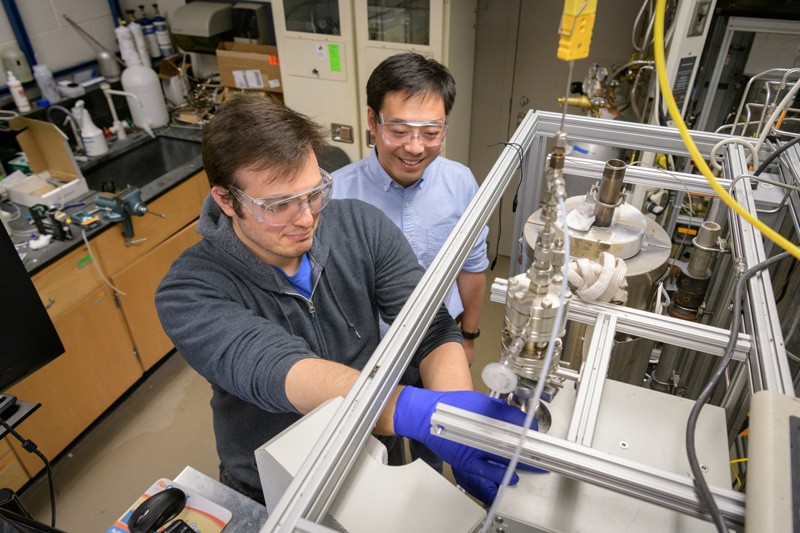 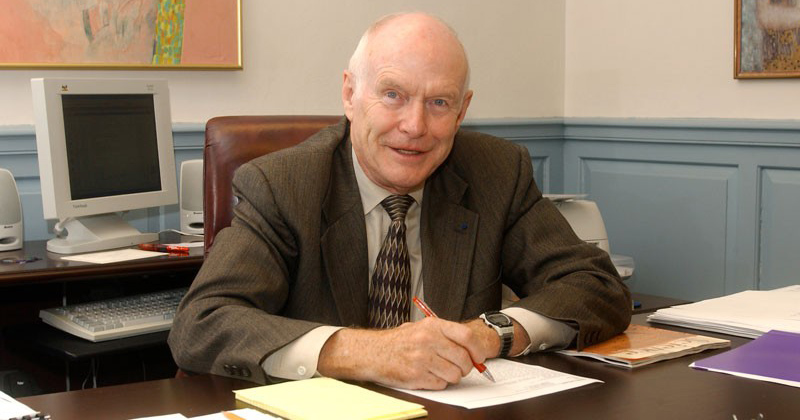 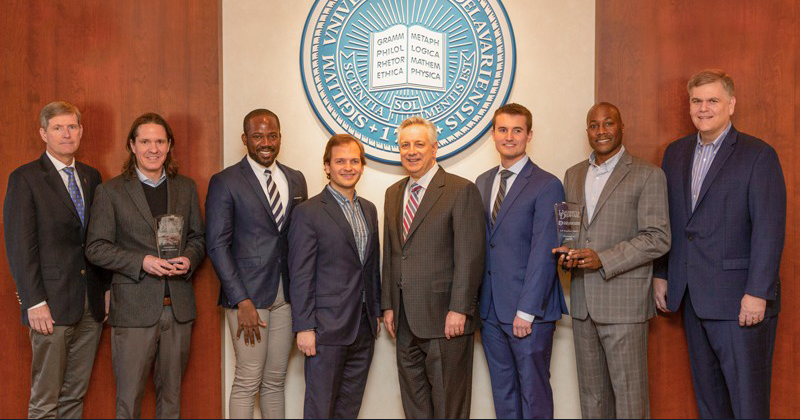 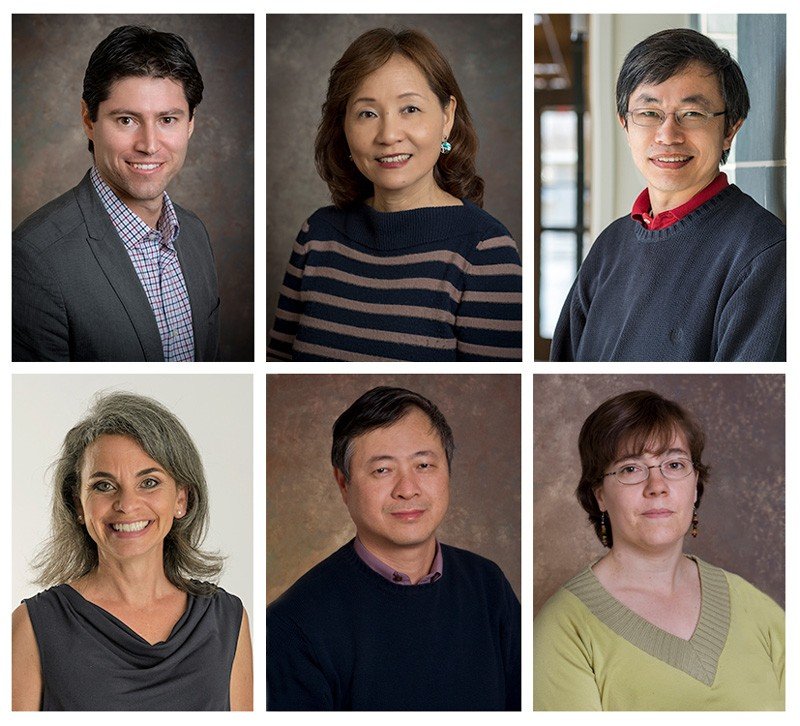